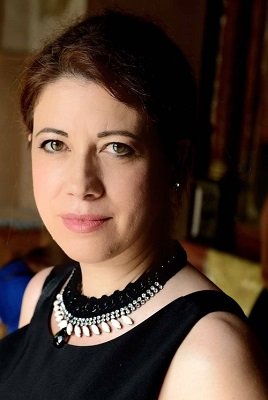 Rosa Poulimenou studied piano and music theory at the Corfu Conservatoire and classical singing at the Athenaeum Conservatoire. She continued her studies in musicology and classical singing at the American College of Greece, the London University BMus (Hons), the Birmingham Conservatoire (MA Music), the Guildhall School of Music and Drama, and the Music Academy of Vienna (Post Graduate Studies in Oratorio-Lied and Opera). She has attended Master Classes with Frangiskos Voutsinos, Rachel Yakar, Helga Wagner and Christa Ludwig.

She was also a scholar at the Academie Musicale de Villecroze, the Academie Internationale “Maurice Ravel”, and the Bach Akademie of Stuttgart.

She has also recorded songs and arias by composers of the Ionian School as well as songs by Nino Rota and Mikis Theodorakis.