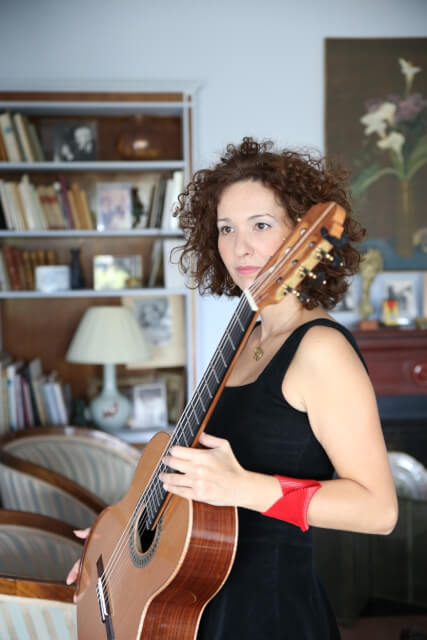 Guitar interpreter and teacher, Korina Vougiouka is mainly focused on the connection between the guitar and the wider musical being. Her phd dissertation, her writings, the concerts she presents, her cooperations with other artists and the educational methods she uses are all faithful to this idea.