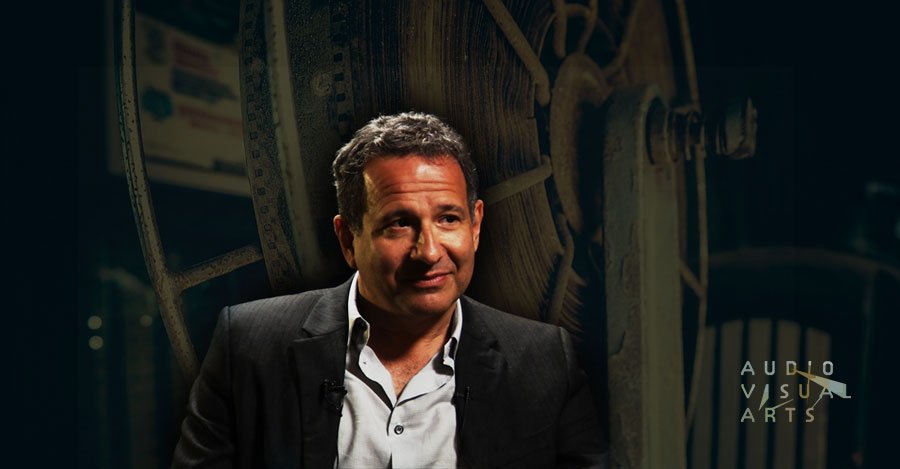 Steven Bernstein, acclaimed filmmaker and fervent supporter of the Greek audiovisual and film productions, is about to visit Ionian University (3-5 May 2018). His 3-day visit on Corfu, organized by the Department of Audio and Visual Arts, includes an open seminar in the Assembly Hall of the Ionian Academy on Thurday May 5th, 2018 at 12 noon.

His visit also includes meetings with the university Rector and Deputy Rectors, the professors of the University Departments and a special meeting on Friday May 4th, 2018, at 13:00, with the students of the Faculty of Music & Audiovisual Arts as well as the university community.

As the Head of the Department of Audio and Visual Arts, Prof. Nikolaos-Grigorios Kanellopoulos, said: “We have the honor and the joy to welcome Steven Bernstein at Ionian University in a visiting programme especially beneficial for students, lecturers/researchers and the creators of Ionian University and Corfu on the whole. The visit is especially important for the institution and the Faculty of Music & Audiovisual Arts to which the Departments of Music Studies and Audio and Visual Arts belong. I wish this visit will constitute the start of a fruitful cooperation and the promotion of knowledge, experience exchange and the creation of an international artistic ecosystem in content production”.

Steven Bernstein was born in Buffalo, New York, but grew up in the United Kingdom.

Although first trained as a writer and director, he first became known as a cinematographer in the early 1980s, where he was in the first wave of the music video revolution that swept through England and then the world.

After winning several awards for his work in commercials, including the prestigious Cannes Golden Lion and the DA&D award, Bernstein began shooting independent films as a cinematographer. His success with these films, along with his commercials and his writing for theater and for film and about film, brought him considerable attention. He was commissioned in 1988 to write a book about film production methods. He did and the book became the best seller on the subject for ten years and was translated into many languages. It was used at film colleges and universities around the world.

Bernstein’s success naturally meant that Hollywood became interested and after he shot the beautiful landmark film Like Water for Chocolate (the highest grossing foreign language film of all time at that point, and garnered Bernstein, many awards) Bernstein moved to Los Angeles in the mid-1990s. His subsequent body of work includes an extraordinarily eclectic range of narrative film credits, including Monster (which won an Oscar for Charlize Theron’s) and made over 100M in revenue, huge action films like Swat and Murder at 1600, important studio films like Dolores Claiborne, independent art films like future Oscar nominee’s Noah Baumbach’s first three films and huge comedies than became some of the most successful films of all time, like Waterboy which eventually made nearly a billion dollars in all worldwide revenues. Some 50 features and television films and pilot altogether as well as hundreds of commercials. The last thing Bernstein shot as a cinematographer was nominated for the highly prestigious American Society of Cinematographers award for outstanding achievement in cinematography the innovative TV series, Magic City, to cap off a cinematography career full of awards and creative and financial success.

But his career in film was far from done. He was still writing books, and his book on filtration and color densitometry Filter Fax, became an industry standard. He also lectured widely and his lectures were much loved; he gave talks at Cambridge University, Columbia University, The University of Southern California, UCLA and many more. He also designed entire training programs, including the famous Crosswind School in London which trained over 1000 technicians, directors and writers.

Then Bernstein’s creative writing started getting attention fifteen years ago and he regularly was called upon to rewrite feature films and then eventually he was asked to direct one of those scripts.

It was called Decoding Annie Parker and was made in 2011. The much-praised script attracted a remarkable cast that included Oscar winner Helen Hunt; two-time Oscar nominee Samantha Morton, Emmy winner Aaron Paul, Rashida Jones, Corey Stoll, Richard Schiff and many others. The film got a theatrical release, appeared at the Cannes Film Festival, won best actress for Morton at the Seattle Film Festival, won the Sloan Award for Bernstein at the Hampton’s Film Festival and won awards for Hunt and Paul at the Milan Film Festival. It’s been released in sixteen countries and in addition to its film revenue for its investors has raised an additional two million dollars for charities. Bernstein had long been in interested in finding ways for films to support key charities and he succeeded.

Bernstein went on to be commissioned to write another eleven feature films and television series and then was then again asked to direct another of those scripts, Dominion. Again the quality of the writing attracted a top level cast, including, John Malkovich, Rhys Ifans, Tony Hale, Rodrigo Santoro, Romola Garai and Zosia Mamet. The film was finished last year and it has been purchased for international theatrical release and has begun showing at festivals, getting rave reviews at its four screenings so far, including being called “Oscar Worthy” and winning Rhys Ifans the best actor award at Tallinn. Ifans praised Bernstein in his speech accepting the award. The film will be released later this year around the world. Bernstein has four other scripts in the late stages of production development. Bernstein has a son who is a successful film editor. Bernstein lives in Los Angeles and London.